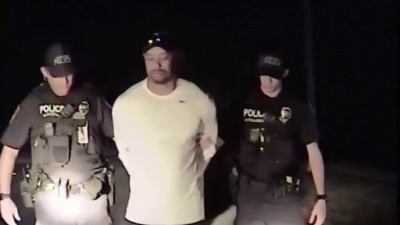 Welcome everyone to the first installment of Breakfast Balls. Here, we will discuss the early morning roundup of the day’s most interesting topics and developments. As always, breakfast balls are allowed on the first hole, so we might as well relax, take a deep breath, and crush the drive off 1 to impress all the cute little country club girls.

Tiger is BACK, BABY!! Police toxicology reports showed Woods had 5 DIFFERENT types of drugs in his body when he was arrested (Golf Channel) http://www.golfchannel.com/news/golf-central-blog/police-woods-had-5-drugs-system-when-arrested/

Justin Thomas’ story is one of golf legacy, but what his Dad said to him after winning the PGA is nothing short of hilarious (For the Win) http://ftw.usatoday.com/2017/08/2017-pga-championship-justin-thomas-dad-18th-green-words

The US Amateur started yesterday at Riviera and Bel-Air Country Clubs in LA, and so far this gallery shows the star-studded cast from College Golf (USGA.org) http://www.usga.org/content/usga/home-page/championships/2017/u-s–amateur/galleries/photos–round-1–action-from-riviera–bel-air.html#expanded

It’s the, “final” tournament of the year on the PGA Tour and the field has been released! Who has enough to push into that final 125 for the FedEx Cup, and whose dreams will shatter right before their eyes? (Wyndham Championship) http://www.wyndhamchampionship.com/final-field-2/

Rocco Mediate coming out of the CLOUDS to discuss the major problem of time and pace of play in the recreational game today, and how to fix it (Business Insider) http://www.businessinsider.com/rocco-mediate-explains-why-golf-should-be-shorter-pga-2017-8