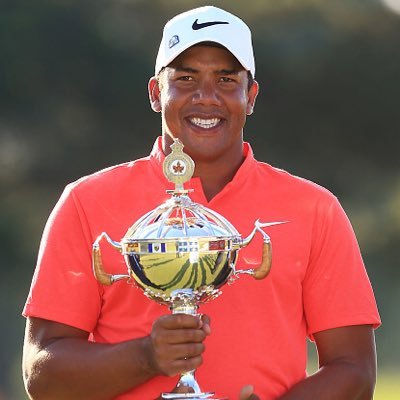 Jhonattan Vegas tries to pull off the PGA TOUR version of Mission Impossible.

So as I am sure you have all heard by now, Venezuelan-born Jhonattan Vegas had quite the trip to Carnoustie: he had some passport and visa issues which made him miss his original flight to Scotland and landed Thursday morning. He needed to be Helicoptered from the airport straight to Carnoustie in order to make his tee time. So Jhonattan had no practice rounds, no filled in green book, and NO CLUBS!! That’s right, his clubs did not make the trip, so his sponsor had to bring him a set for him to play. He ended up doing his best, but ultimately the golf gods were not with Vegas, as he finished +8 after Friday’s round and missed the cut.

Suffice to say, it was not the best week for Vegas. Will this week be better for him? All points point to yes. Why, do you ask? Well, Jhonattan Vegas is the defending champion at the RBC Canadian Open, where he also won in 2016.

The last player to win an event for three consecutive years was Steve Stricker at the John Deere Classic (2009-2011). This is a rare feat, and only Tiger Woods and Stricker have done it this decade on the PGA tour. That is some pretty great company to be in. And it would only be fitting if one of the worst weeks in Jhonattan Vegas’ PGA Career was followed up by another victory in Canada.