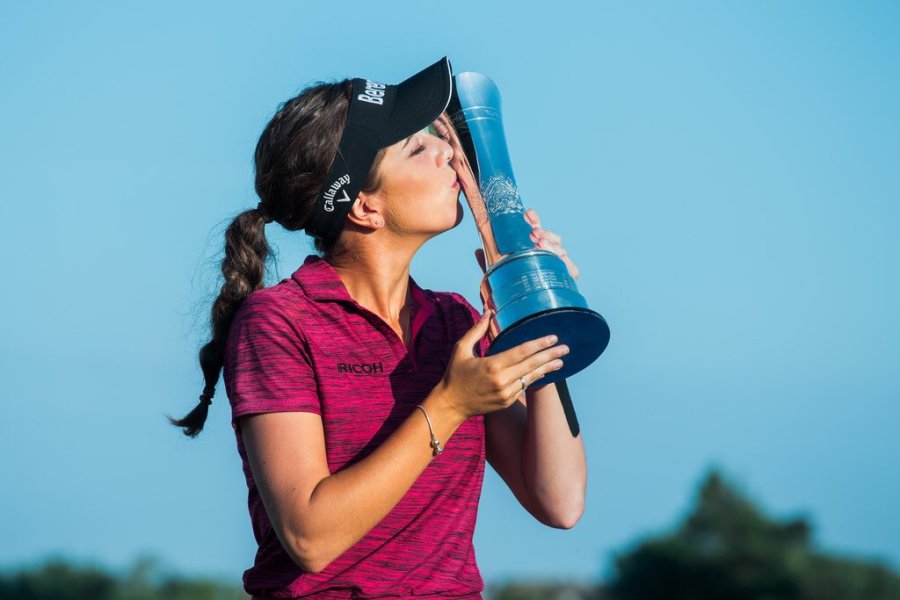 After an amazing 4 days at Royal Lytham & St. Anne’s, it all came down to the final day and the final group. Entering the day with the lead, Thai professional Pornanong Phatlum was on pace to win her first ever major championship. And with a 3-shot lead, she looked to capitalize on her day.

Playing with her was one of Britain’s young stars: Georgia Hall. Hall had been very impressive on the Ladies European Tour over the past 2 years, and represented Europe at last year’s Solheim Cup. Even with all of these great accolades, she was still missing a coveted LPGA victory, and hoping a Major could be her first. And boy, did she come out firing.

Phatlum was able to respond, and the two players were neck and neck throughout the entire front 9. Watching it at home, I knew that this final group was going to be a treat to watch heading into the back 9. Hall and Phatlum did not disappoint. Trailing by one on the 13th hole, Hall hit a CLUTCH approach and tied it back up with 5 to play.

That sequence was made even better by Hall’s very smooth, almost effortless approach swing, followed by a great read on the green to drain her putt. Hall was able to keep pace with Phatlum, and finally made her move on the 16th hole.

Hall would end up taking a 3-shot lead into the final hole and ultimately won by 2. Hall becomes the first woman from the United Kingdom to win the Women’s British Open since Karen Stupples won at Sunningdale in 2004. This victory gives Hall her first ever LPGA victory and first Major victory while winning a cool purse of $490,000.  At 22 years old, Georgia Hall has the ability to become a rising star on both the LPGA and Ladies European Tour, and I am sure we have not seen the last of her lifting a major championship trophy.