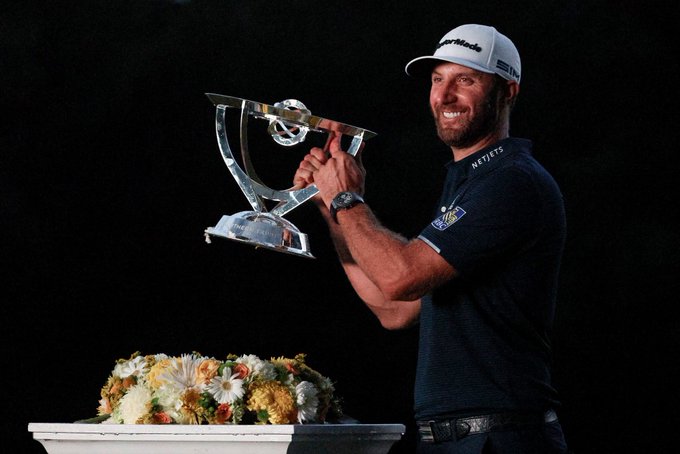 This past weekend, Dustin Johnson put on a dominating display at TPC Boston; shooting 30 under par for the tournament and winning by 11 shots. This impressive feat is now the 2nd lowest score to par in the history of the PGA Tour for a four day event, with only Ernie Els having a lower score of -31 at the 2003 Mercedes Championship. And while watching DJ this weekend seemed like watching a video game more than a golf tournament, one trend continues to arise; the scoring for this year’s events has been low for almost every post-shutdown event.

On one side of the argument, you have the “root for the course” type of fans. These fans look at their golf game, see how hard golf is, and want the PGA Tour players to also have these difficulties. We see this almost annually in the US Open, where the winner is usually in single-digit under and even over par over four days. There are some exceptions to this (2019 and 2017 come to mind), where a scoring blitz occurs, but the US Open is considered by many to be the hardest tournament on the schedule. This is when we see the “golf is hard” social media posts galore:

On the other side of the argument, people look at lower scoring as a much more exciting style of golf. Watching the professionals tear up a track is like watching the Chiefs and Rams shootout from 2019, or like James Harden putting up 60. And, to be honest, it is impressive being able to watch the pros go low in a game where the normal population shoots anywhere from 80-100. So being able to watch some of the amazing shots and shoot these scores is a great way to get casual fans and hardcore golf fans to tune in. I mean, just going back to the Northern Trust this weekend, some of the shots were unbelievable.

For me, I love watching the pros go low. I want to see greatness: I love when Tom Brady leads a game-winning drive, when Lebron and Giannis go one-on-one, and when Mike Trout goes 4-4 with 2 homers and 6 RBIs. Seeing guys like DJ, JT and Bryson bomb it down the fairway and shoot in the low 60s on a routine basis is impressive. However, I would also be lying if I didn’t root for the course in the majors. I think that those four tournaments (that’s right The Players, you aren’t in this group!) should bring out the best and worst in players, whether its course conditions or enviornmental conditions.

What do you all think? Let me know in the comments below, or reach out to Duffin’ Up on Social Media.